What a nice repaint. Great color too. I don't know but for some reason I really like those greens on the Comanche.

as said before I love the repaint of N5977P. Took her for an evening flight yesterday. When I looked at the plane from the outside view though it looks like it has been stolen and repainted

You can see the old registration shining through. N7751P:

Do I need to report that plane stolen

Well done Piper. I wondered who'd be the first to notice it.

I'm a big space race fan so I decided to give a NASA livery to my favorite A2A aircraft the Comanche. Here's a little history about this particular paint scheme for those who are interested:

This is a repaint inspired by the NASA livery used at their various research centers across the United States.
NASA, over the years, has built a fleet of aircraft with very specific research purposes in mind. One of its most famous facilities is the Dryden Flight Research Center, located at the Edwards Air Force Base.
Every military aircraft has been at some point tested at Edwards.
The Dryden Flight Research Center is known for its X-plane program, a series of experimental aircraft and rockets, used to develop and test new technologies and aerodynamic concepts.
It is on such an X-plane, the Bell X-1, that Chuck Yeager broke for the first time the sound barrier, on October 14th, 1947.
But of course, the experiments conducted at Dryden required a number of mission support and chase aircraft, to help recording data and photography, and for safety reasons.
Among these planes were F-104s, F18s, T38s, T34s, and the list goes on.
This livery is a projection of what could have looked like a Comanche 250 if it had been used as mission support aircraft at Dryden, during the 70Ã¢â‚¬â„¢s.
IÃ¢â‚¬â„¢ve used several sources to research this livery, mainly reference pictures from the huge Dryden Historical Aircraft Photography Collection, as well as the NASA Graphics Standard Manual, presented in 1974.
Please note that I decided to use the controversial Worm logo, because IÃ¢â‚¬â„¢m a fan of the work Richard Danne and Bruce Blackburn did to revamp the image of NASA in the 70Ã¢â‚¬â„¢s and 80Ã¢â‚¬â„¢s.
This is also why the inscription on the aircraft reads Dryden Flight Research Center, since the facility was renamed Armstrong Flight Research Center on March 1st, 2014.
Also, take note that the NASA stitched logo inside the cockpit on the pilot side is of my invention.
To my knowledge NASA never used any Comanche, but until A2A develops a Talon, this will have to do

But if you're interested in the subject and have anecdotes about that paint scheme, of you know I made a mistake, please let me know.
I'll make sure to take the feedback into account. 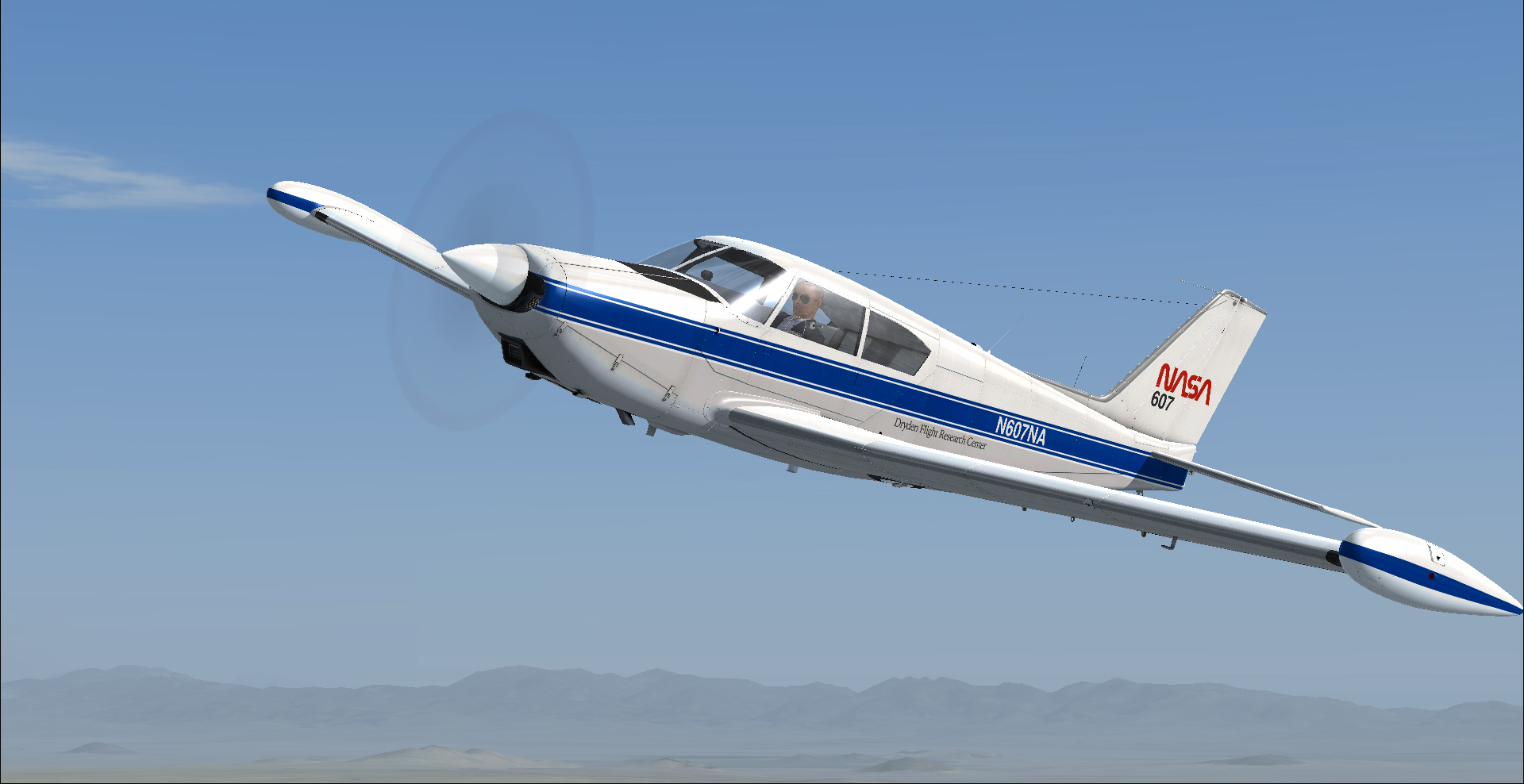 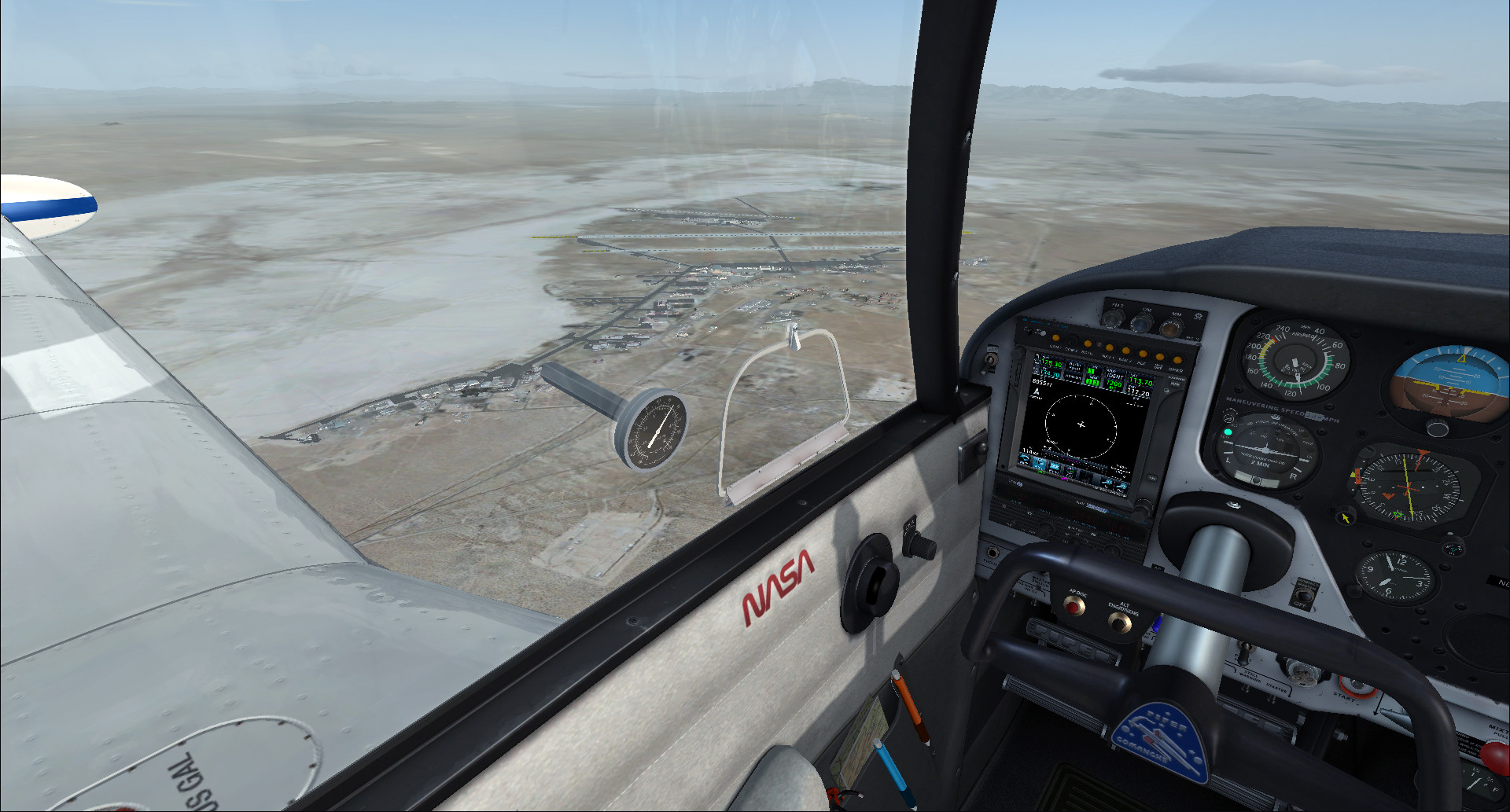 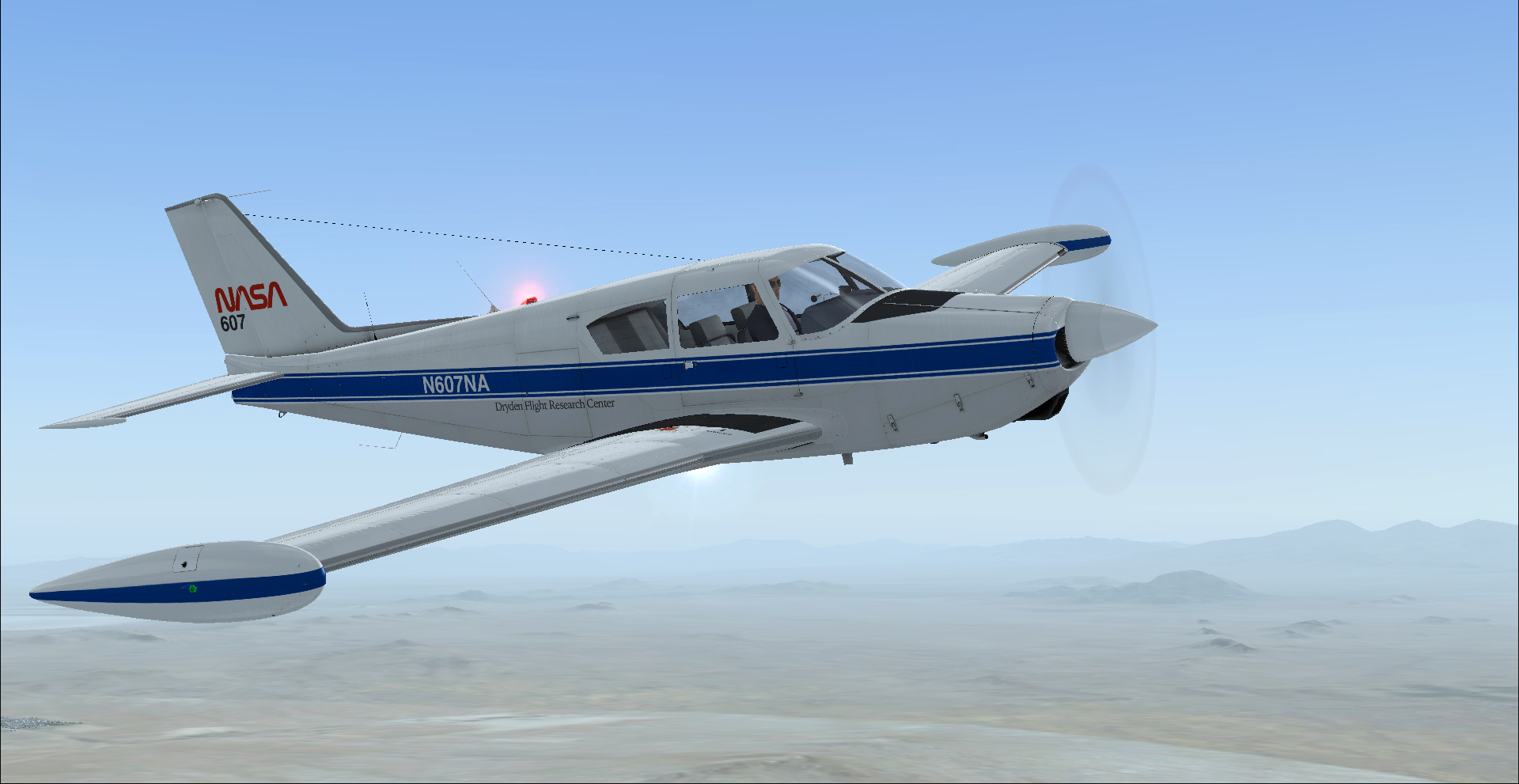 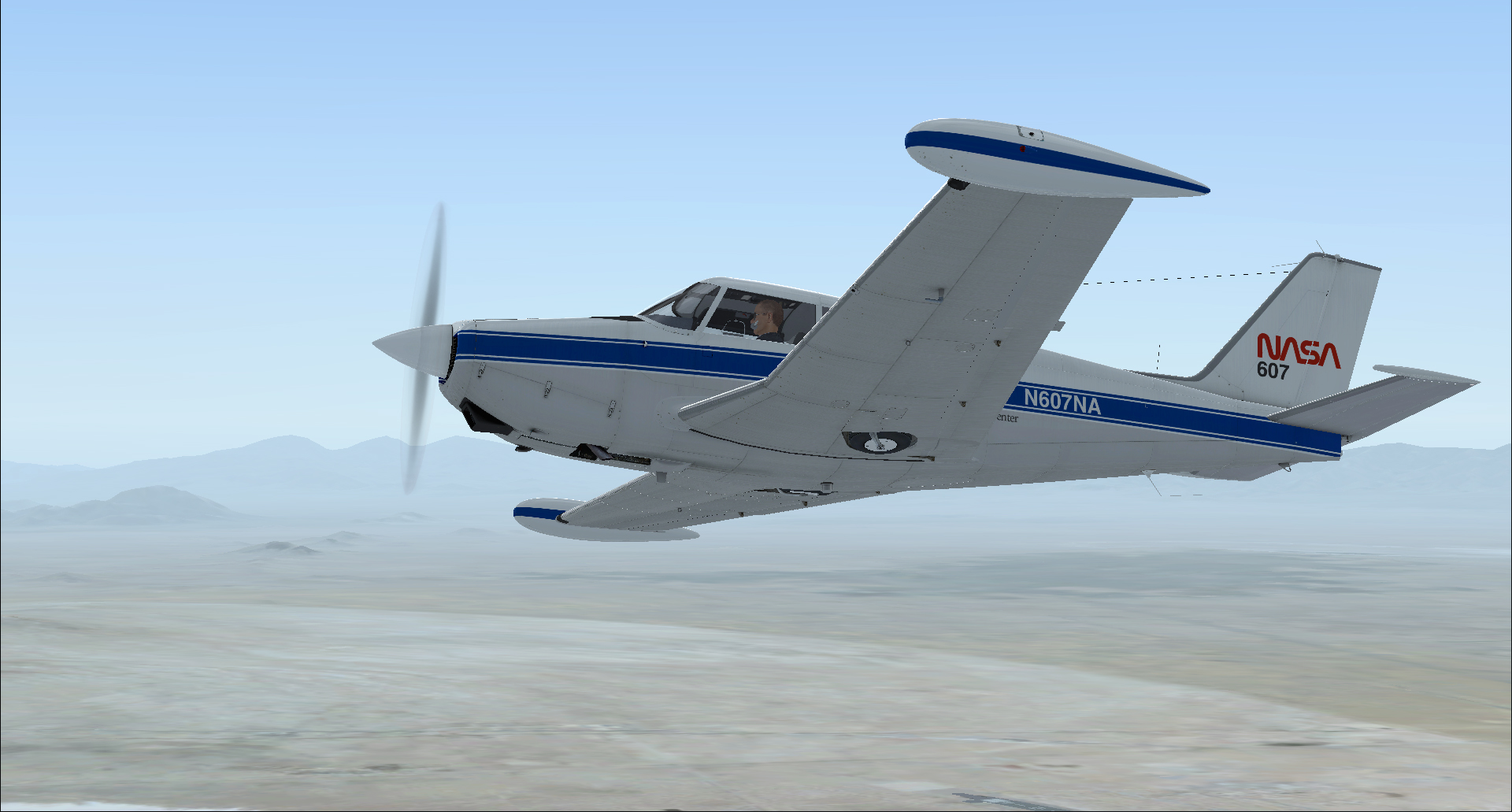 Thanks Stephan. That's a nice looking plane. Glad to see there are still new repaints of this wonderful plane.

Ron Attwood wrote:N5977P, out of Phoenix, Arizona. A request by Les Parsons

I really enjoy this repaint. Currently flying this one exclusively. Do you think it would be possible to paint the spinner of the MT composite propeller in the same green of the fuselage? It looks a bit odd with the white spinner.

Got some nice repaints here too. Just posting so I can be notified of new ones. Brilliant work guys!
Top

Tigerwulf wrote:Like Ron I am way to tired to upload now but here's what I will be uploading tomorrow night 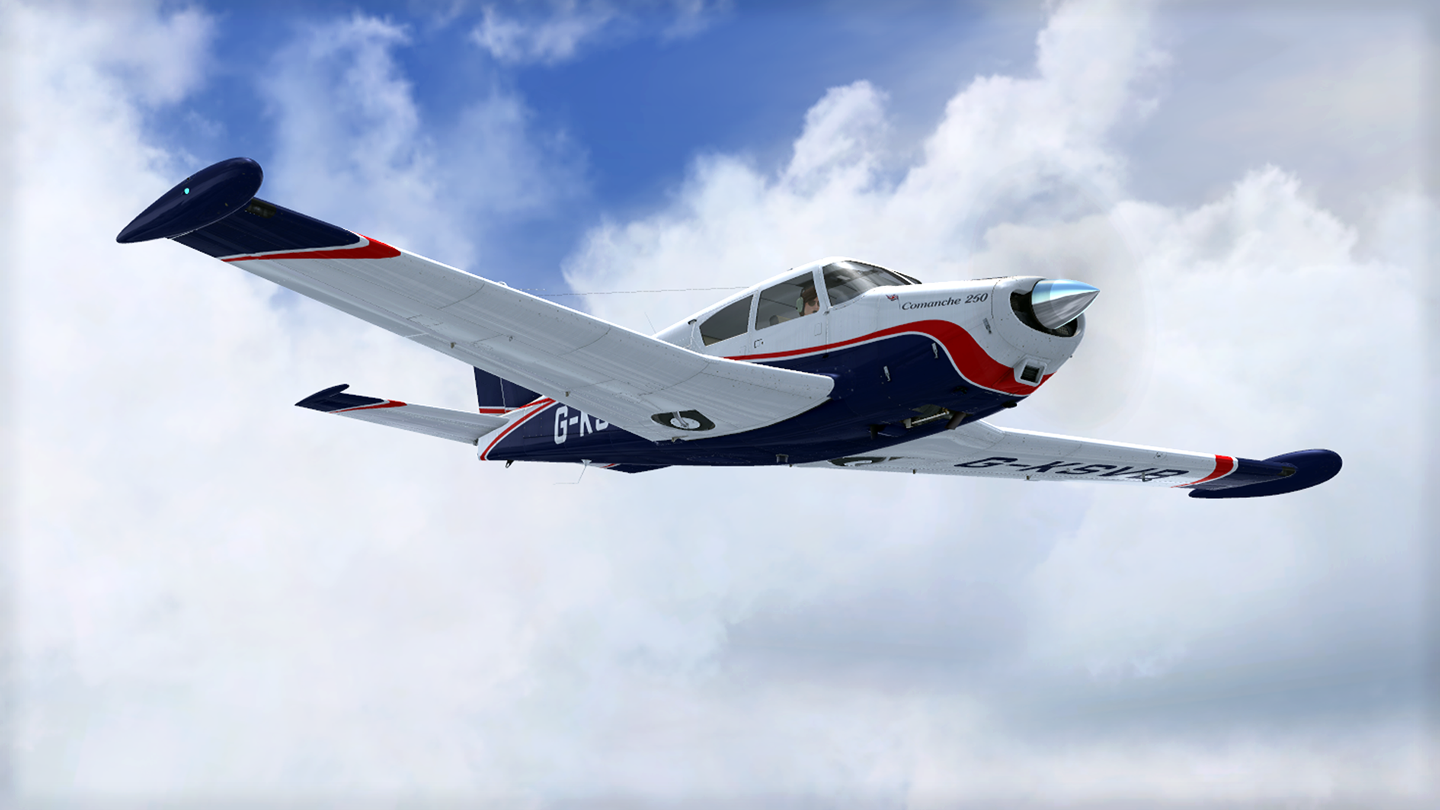 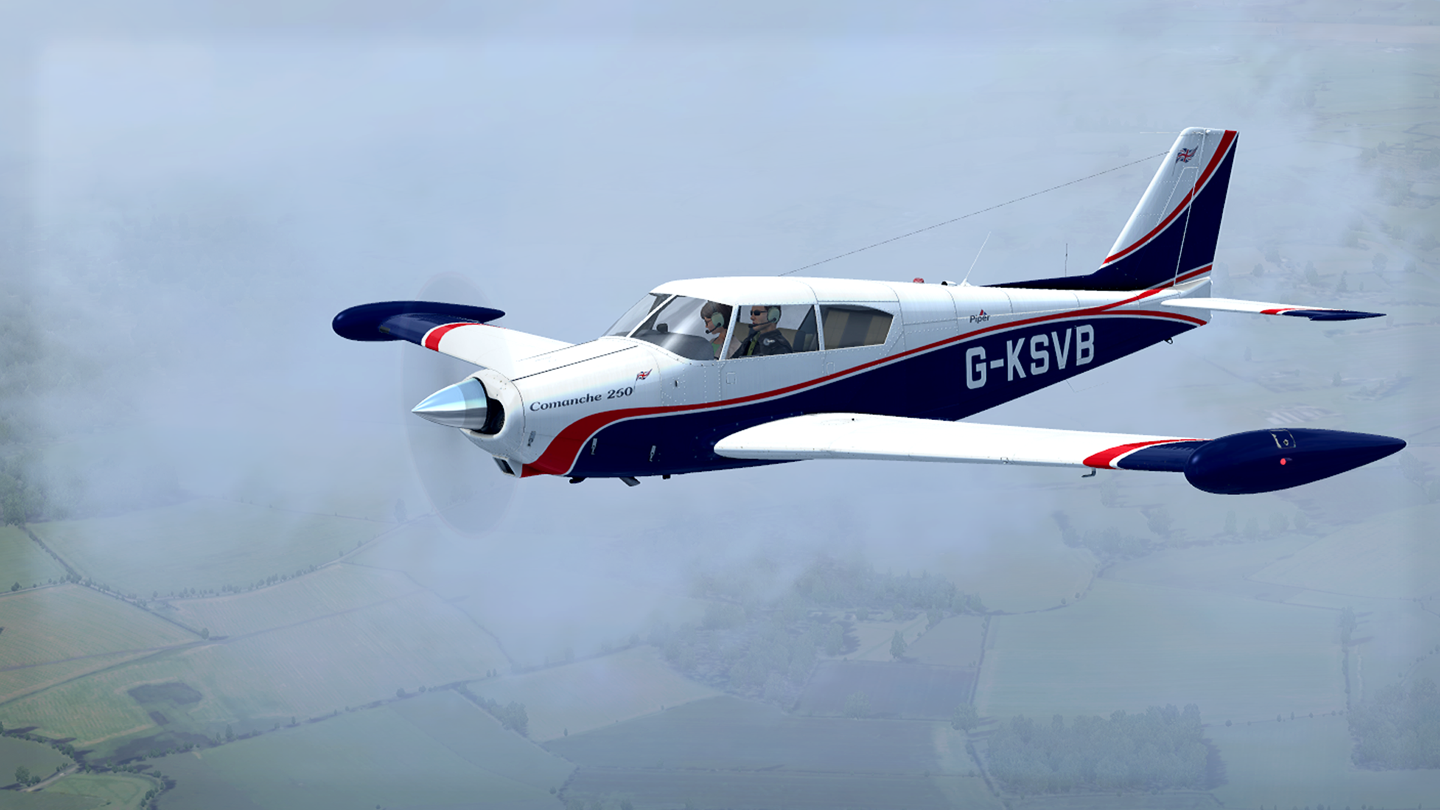 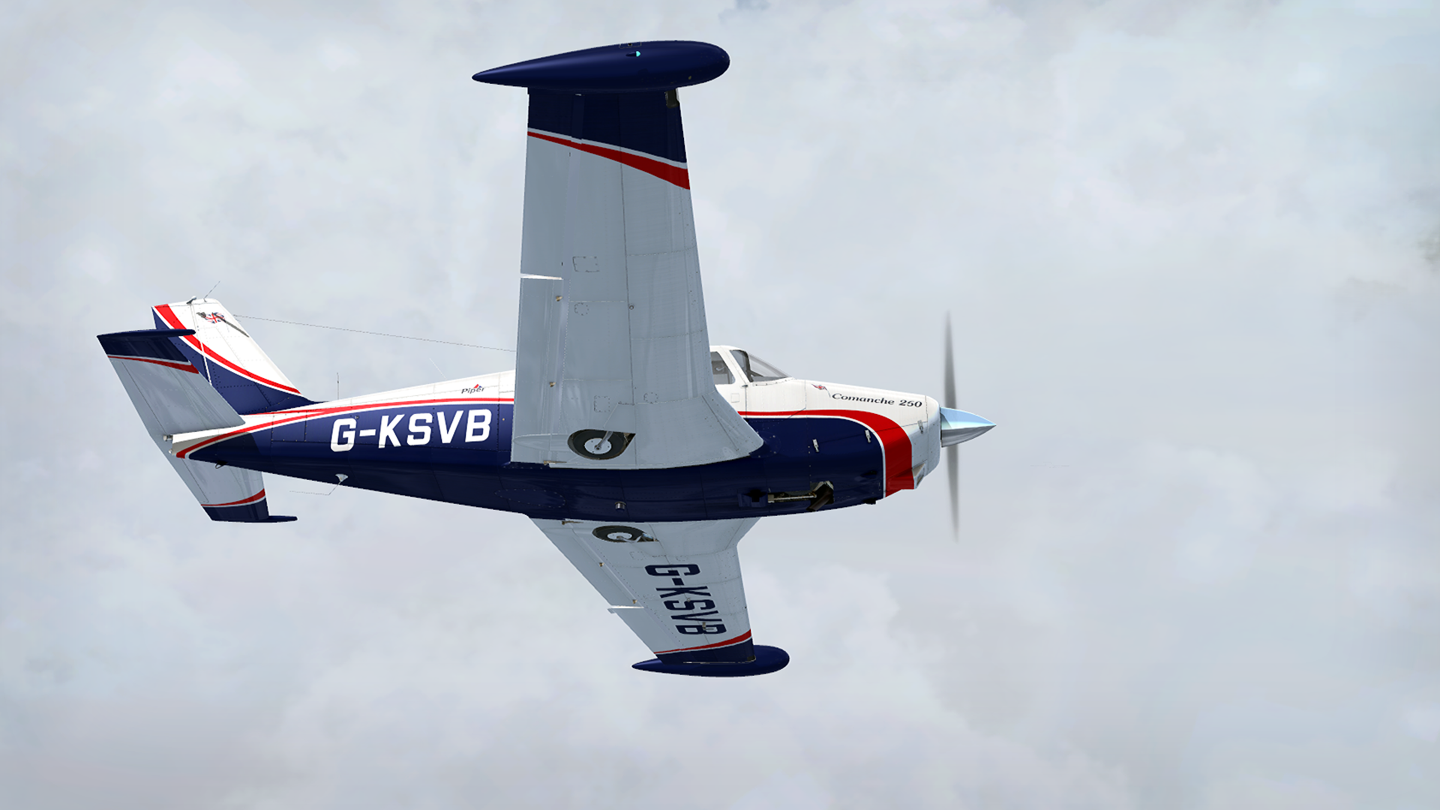 I have this model,but is there any chance of the reg being G-ARDB please ? Ive tried but cocked it up and went back to original.....

Might be worth giving tiger a PM. That's still a regular livery I fly the Comanche in too

Here is my take of the Comanche painted in the RAF late war color scheme. 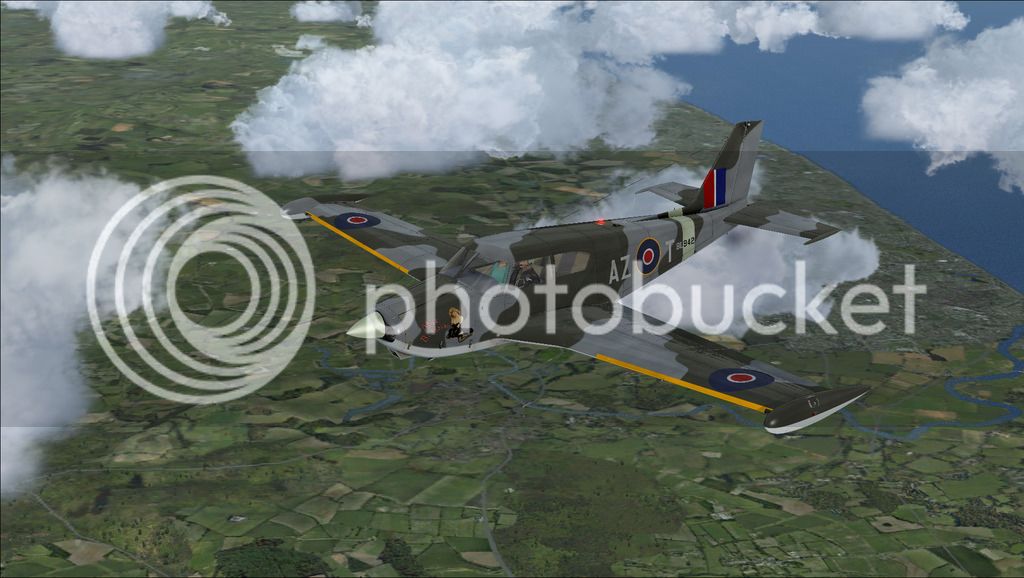 As I found the grey portion of the interior was a tad too dark I lightened it up a bit.

For those interested the exterior repaint can be found here:

And the link for the interior:

I hope you enjoy.

Users browsing this forum: No registered users and 0 guests