Ron Attwood wrote:I think I've done enough T-6s to last me for a while. I'm taking an enforced break while I upgrade my PC.

Are you planning a move to P3D as well? I'm thinking about it when I either upgrade or, more likely, get a new confuser...er, computer.

First three are from the RNLAF Flight School (VVO, Voortgezette Vlieg Opleiding) at Gilze Rijen Airbase. The last one is from the so called "BAFO Vlucht" (Photo Flight) stationed at Deelen Airbase until 1967.

The repaints are both on the outside and inside (Virtual cockpit & pilots). As much detail is added as possible, accurate decals/stencils, also the bump-map was modified, some latches removed some other added, also modified the baggage compartment to look more like a Harvard then the Texan one.

Both PH-IIB and PH-LSK are updated since their initial release. This repaint of the Dutch LVA (Luchtvaart Afdeling), registration "997".

The real aircraft was not a Texan/Harvard yet it predecessor the NA-16-2H/BC-1. It was brought to the Netherlands by Fokker as "PH-APG"
for demonstration purposes, later received LVA registration "997". It was destroyed by the German invasion in 1940.

That's a preview of what I am working on. Several minor strokes are still required.
It is a fictional soviet livery of WWII. I am not sure if this aircraft was ever supplied via lend-lease program to the USSR, but I thought it would be interesting.

It doesn't look so bad at all ilya1502. Looking forward to see the ready version shots.

Yes, a lot of Texans were provided to Russia under the lend-lease program (North American also supplied a good number of B-25's to Russia, but never any Mustangs (despite an edited publicity shot showing a P-51A with red stars)).

Although I can't track them down right now, I have seen photos of numerous AT-6F's rolling off production, all with the red stars, as well as other photos of Russian and US marked AT-6's, side-by-side, coming off production all intermixed.

An AT-6F fresh off production (stars on the wings not yet added when these photos were taken):

This repaint depicts the restored SNJ-5 BuNo. 91008 registered as N276RB to B & B Warbird Aviation Inc. This aircraft was originally produced in 1943 as an AT-6D with the USAAF serial number 44-81471 before being re-designated and re-assigned to the US Navy. The aircraft was restored in the 1980's and was owned for a time by Robert Baranaskas (Warbirds Over Long Island), before being sold to its current owner/pilot, Buzz Cortese (who, I believe, has owned the aircraft for about 10 years now). The aircraft is a common sight at airshows on the east coast/New England region of the United States.

John - your repaints are simply awesome. I've been collecting/enjoying them for years! My word, A2A pulled out the stops with the Texan/Harvard didn't they?

Another stunner John. Those polished paints look awesome on the T-6.

Magnificent John, what a beaut!!
Top

Got a request and maybe Bomber_12th can help me out or with his permission.
This repaint is stunning, the combination of chrome and red I really like a lot.
I like this one so much, I would like to dedicate this one to my son who past away ten years ago and would be ten years old this Sunday.

My request: Can one of you help me out with the removal of the text (US Navy, ID's) and the part were it says the pilot name and the ''in memorial of'' other names ?

Hope someone can me make a proud owner of a personalized t-6, dedicated to my son.

N6972C will be uploaded very soon. 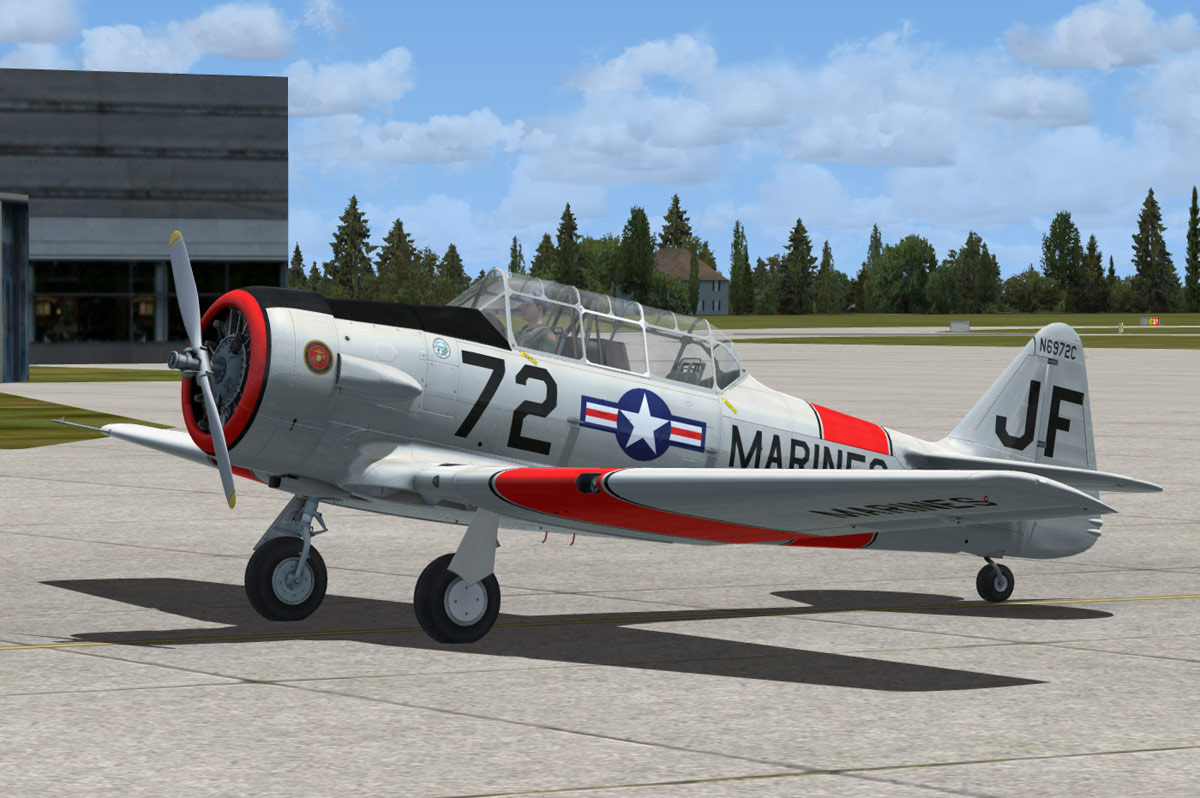 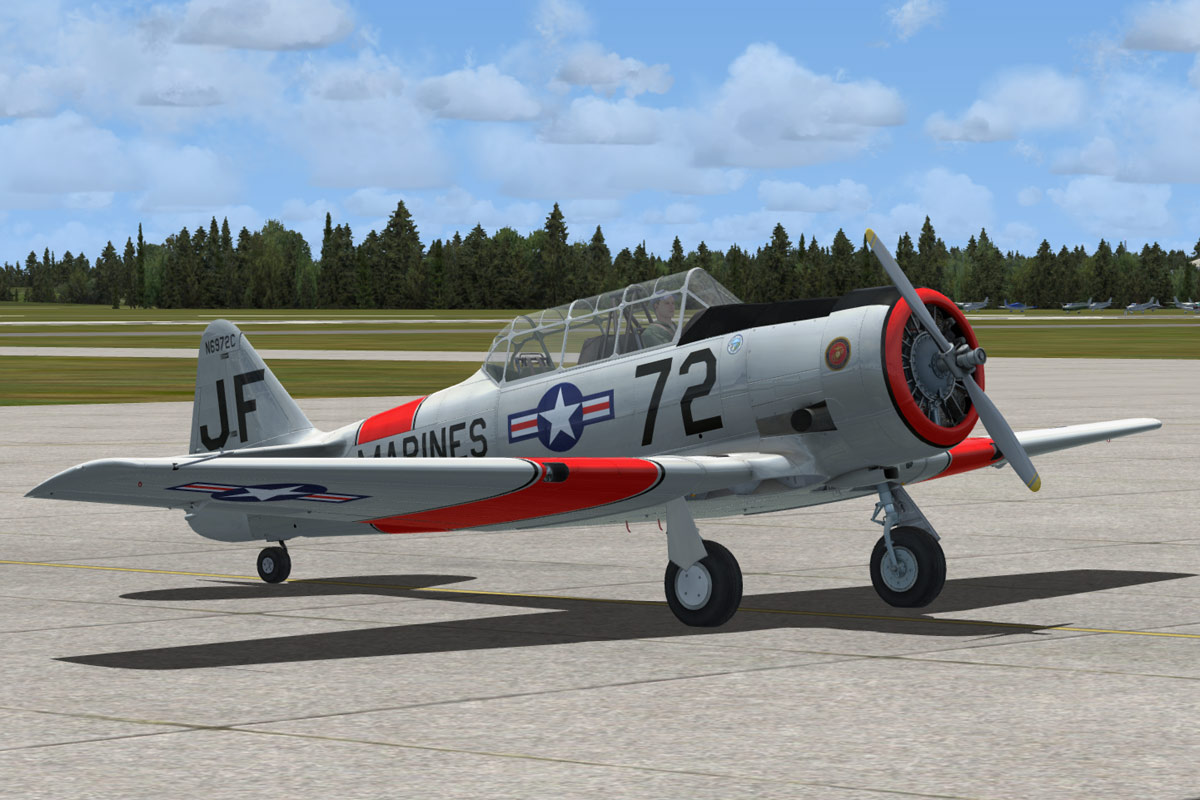