mangotango wrote:Ok for you guys wanting a pilot dress for the RCAF 334 then here you go.
- Beige flight suit
- Canadian aem and chest badges
- Cap is black with my Logo / If you do't want then fly with helmet
- Heidi - Canadian arm badges
DL here:
https://www.dropbox.com/s/kqh4s46nhtich ... s.zip?dl=0

Great job on the details especially the exhaust.

Russ
Many may fly and some are rewarded
handsomely, but the wings of gold of a
United States Naval Aviator mean more
than flying. It is dearly bought, requires
sacrifice to keep and represents a way of life.
Top

Dear All!
I can not say thank you enough for the nice words with regards to the 334 repaint! I'm overwhelmed about the great response!
You all makes it worth doing what we do!!!
Thank you so much!!!
Top

The SE-FUZ is being released.
This is a project I have had together with Hakan Olsson. Hakan has mnade a great deal of research on the SE-FUZ. If you follow it on the internet you will find tons of paint of it in different appereances. The SE-FUZ we have made is a version from the 80's. A well worn skin with tons of history behind.

HISTORY:
SE-FUZ is a Norduyun Harvard Mk IIB c/n 14526 (42-12279) and started its life i Canada as FE792. 1947 it was purchased by the Swedish Air Force but remained on the American continent for some time.
It was used by the Swedish Air AttachÃƒÂ© in Washington DC until 1951, During that time it was painted blue with gold stripes and had the consispiscious registration SE01.

In 1950 it was shipped to Sweden and got overhauled. In 1953 It was painted green and delivered to the F 7 wing in Sweden. In march 1972 it was sold and got the civil registration SE-FUZ and has remained in Sweden ever since. Today it is flying in a highly polished paint scheme and looks like new.

The repaint depicts the aircraft as it looked in 1980. Still in the Swedish Air Force colours from 1953 but rather worn and sunbleached.

Hope you will enjoy it!
Greetings from a Swede in Swiss
Magnus "mangotango" Almgren

Work of art mango, just stunning! I love the faded look, think I'll put my T-6 in a "used" state now with thousands of hours on it.

Wonderful work on your weathered birds, speaks of great talent! 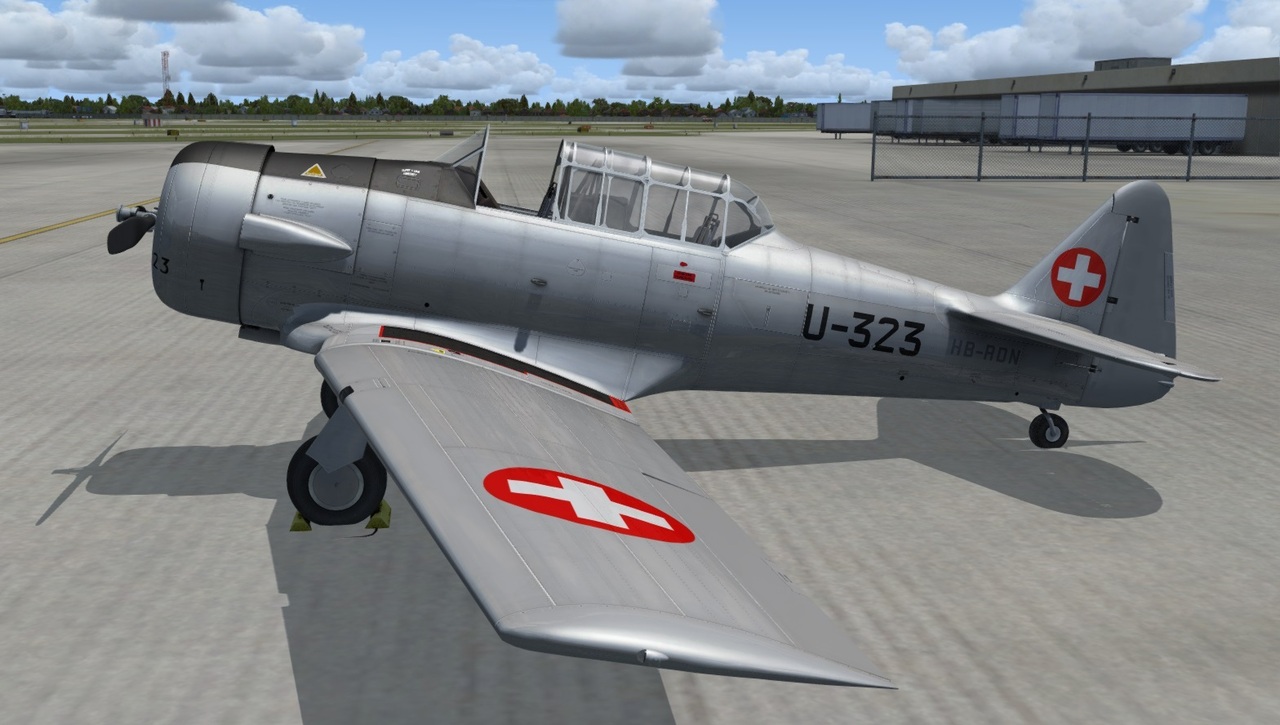 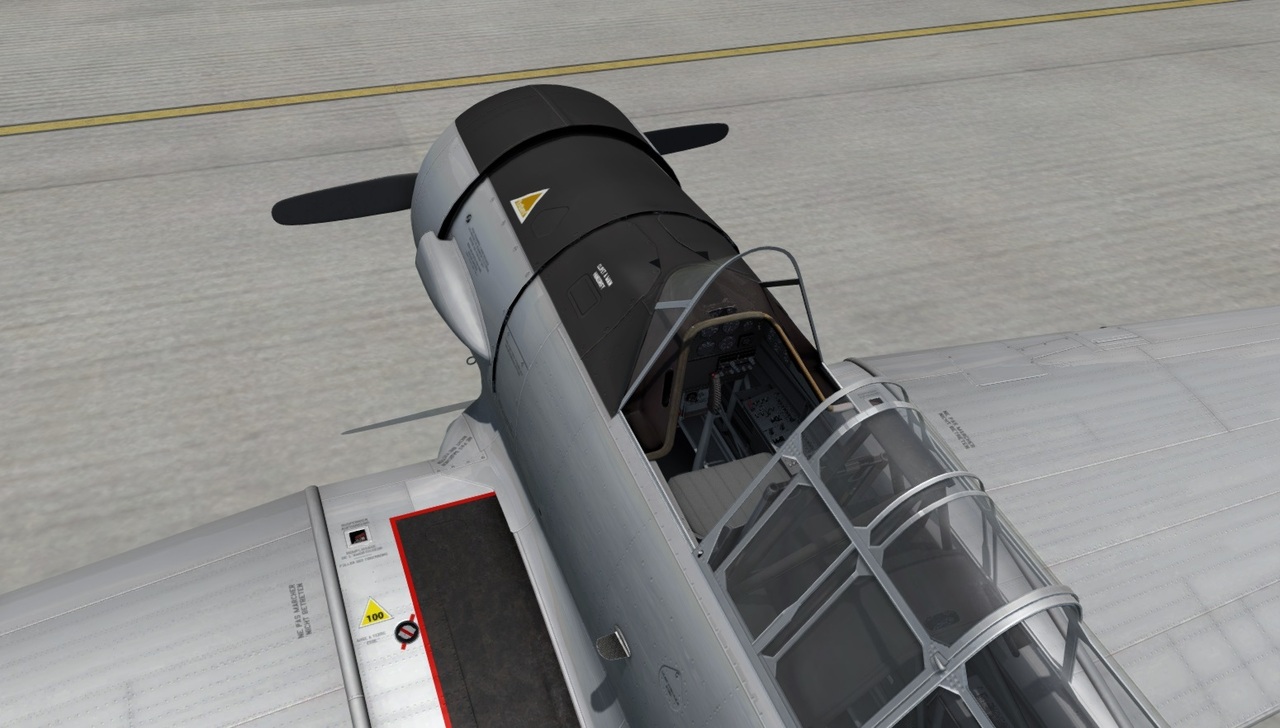 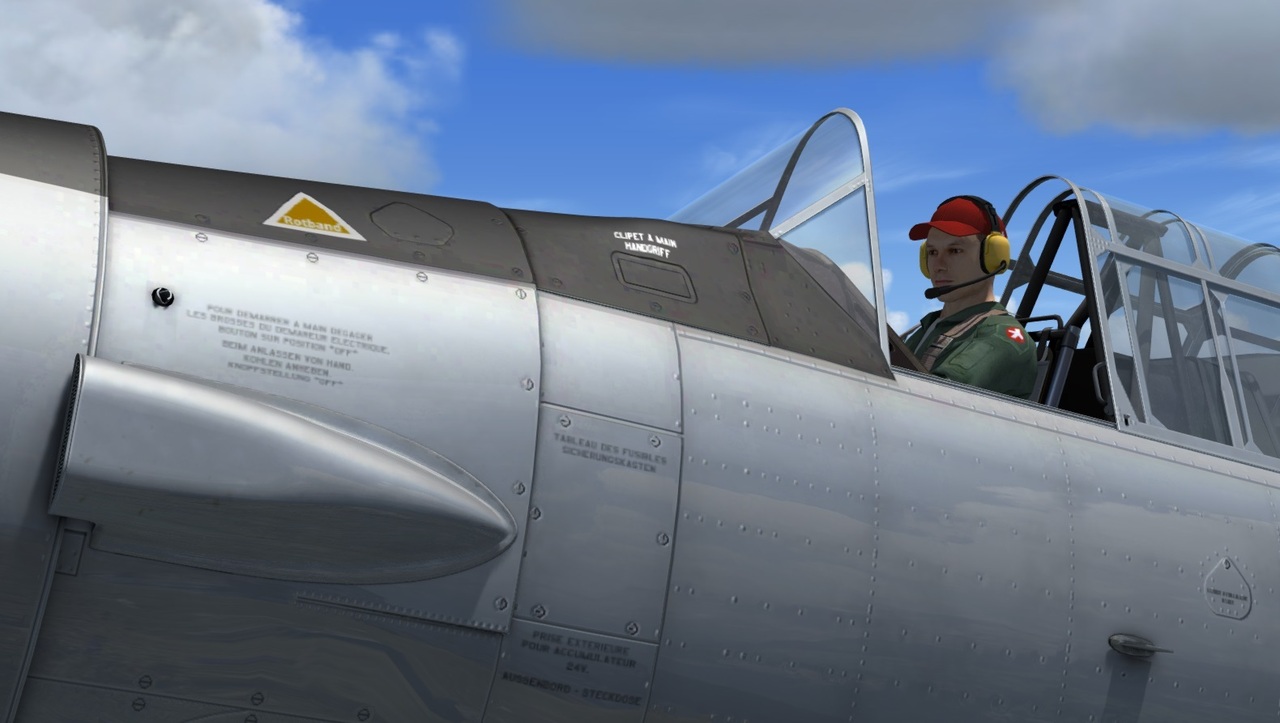 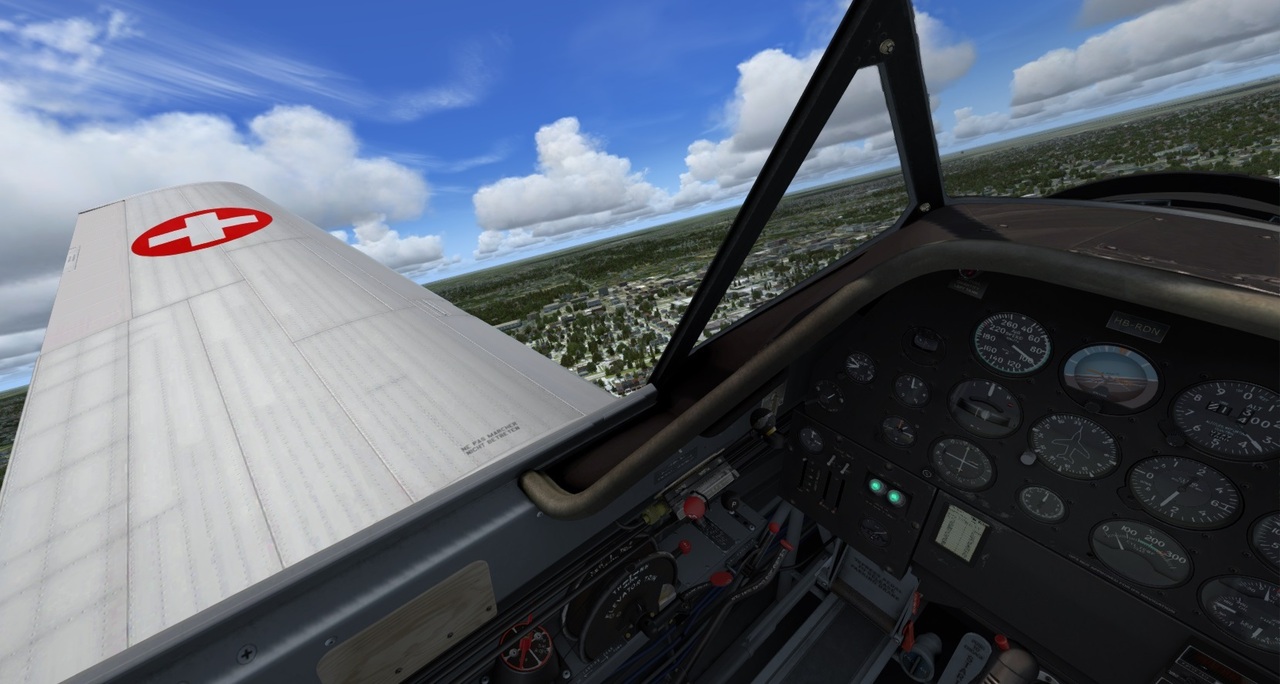 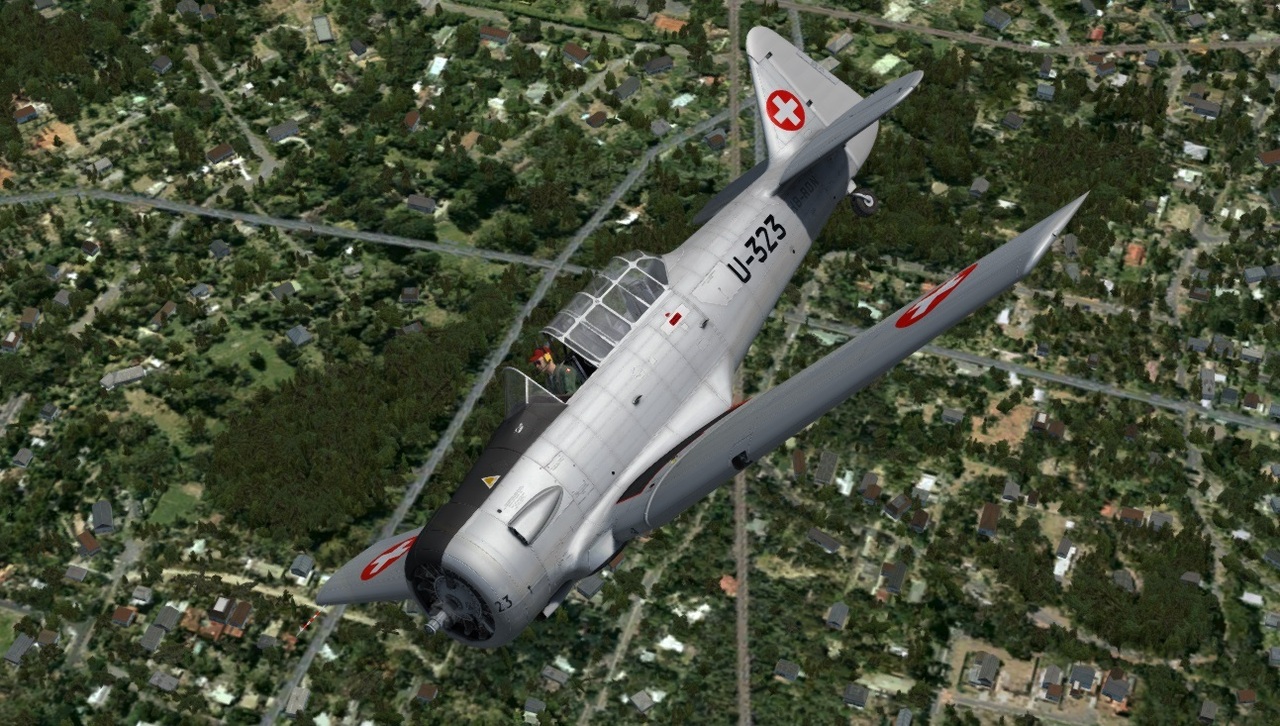 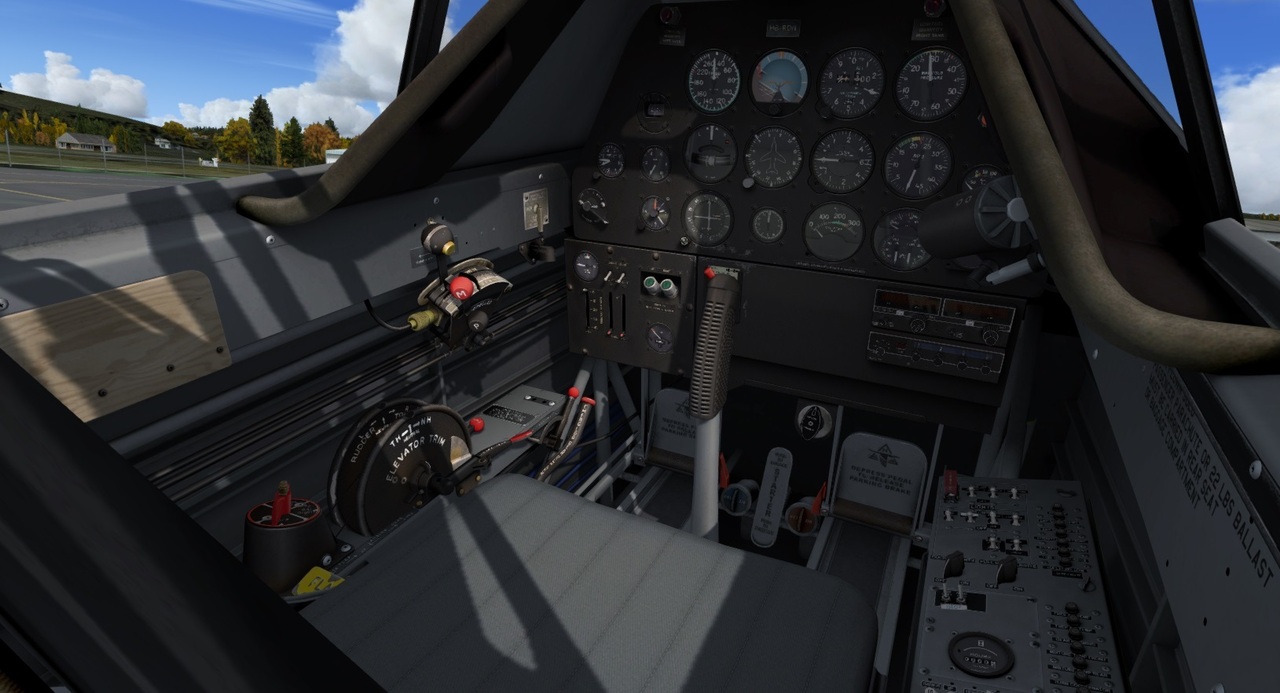 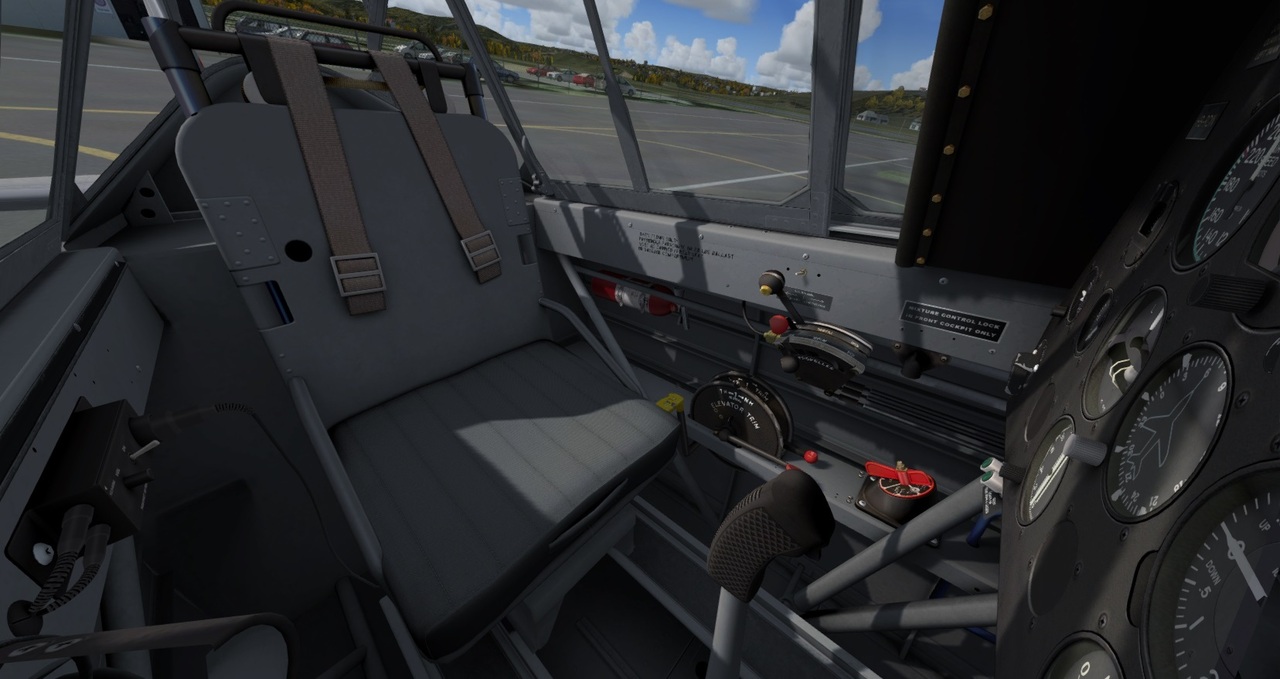 If it's fashionable to fly around in scruffy airplanes then this one will disappoint! I've heard that the monthly wax polish bill is higher than the fuel bill.

There are a million pictures of Miss Fire out there, this is just one of them: 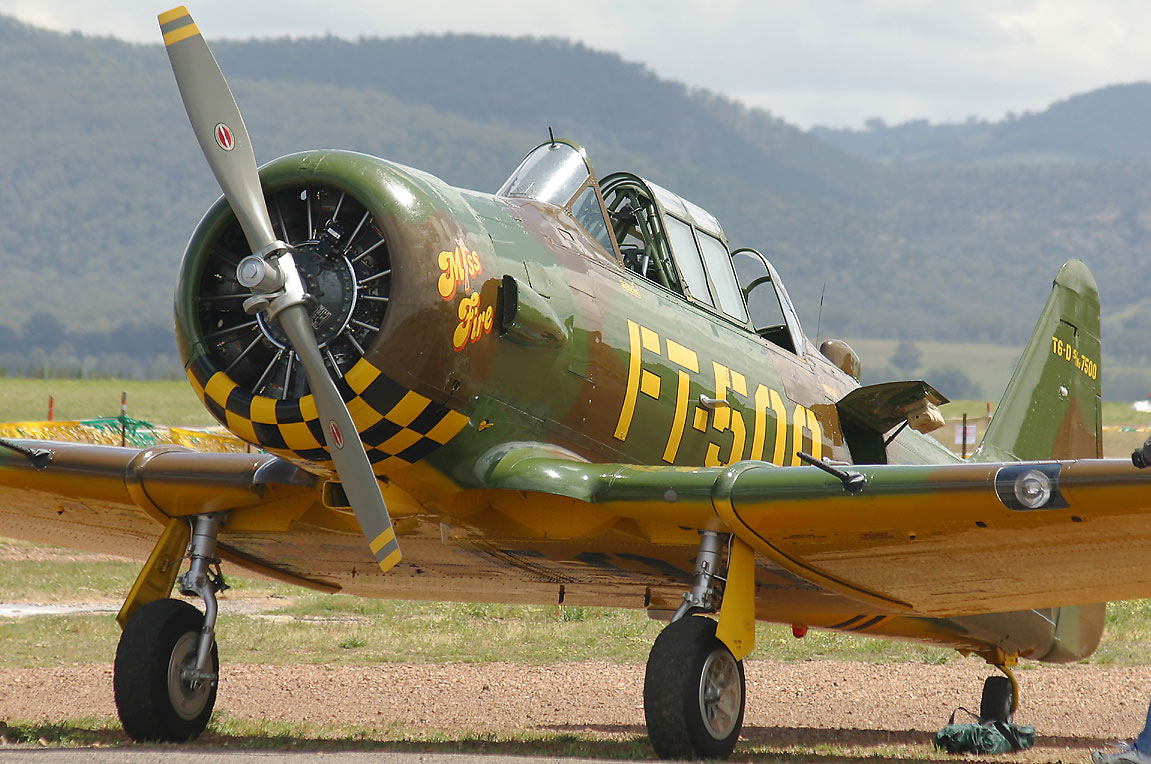 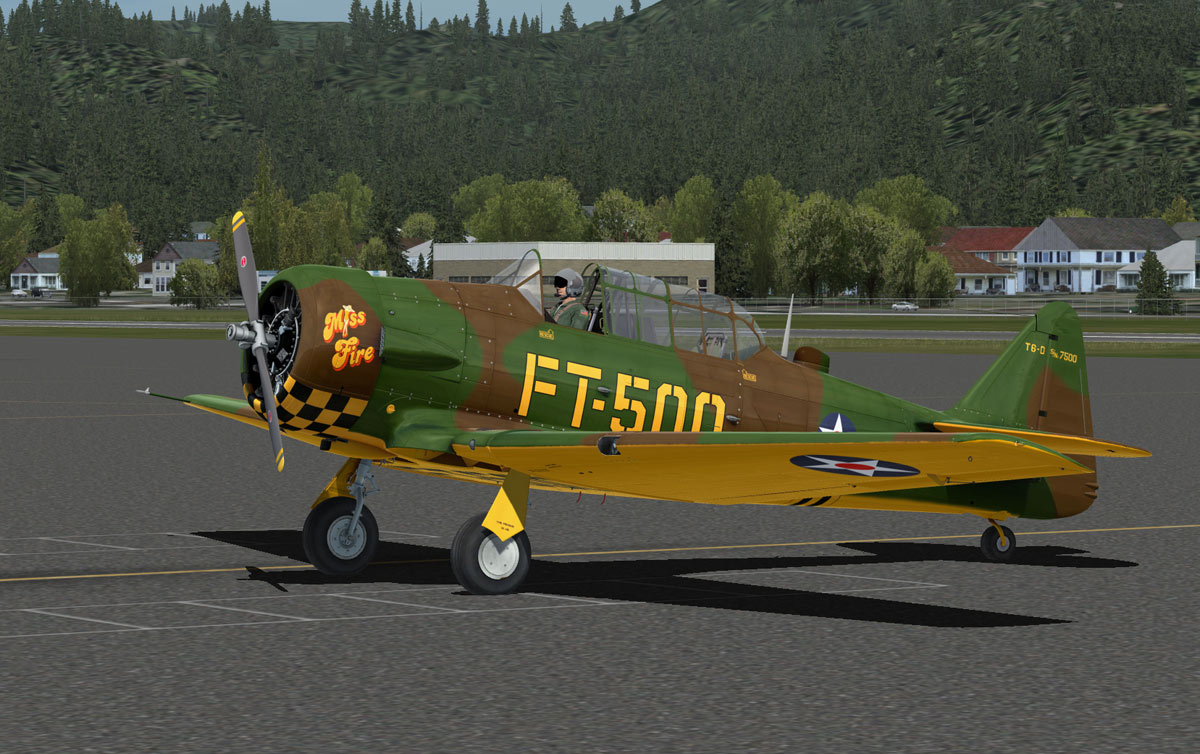 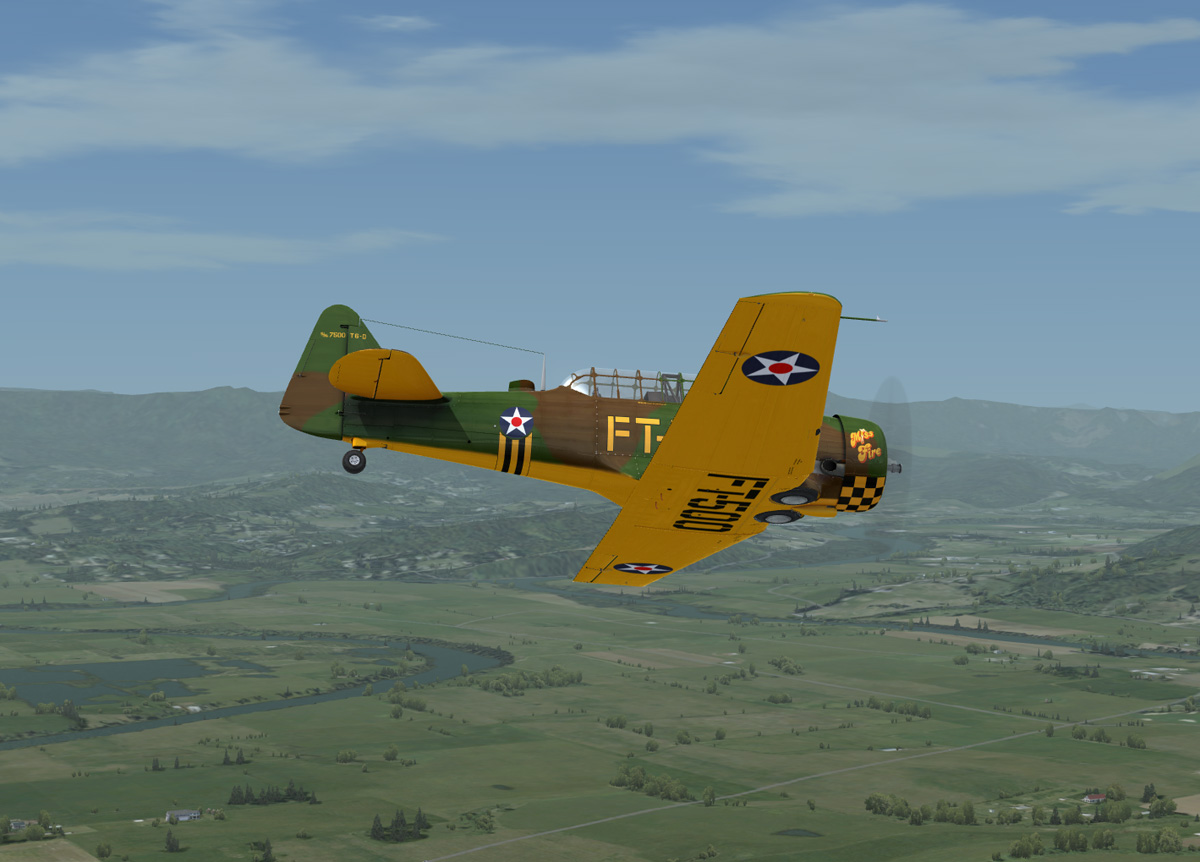 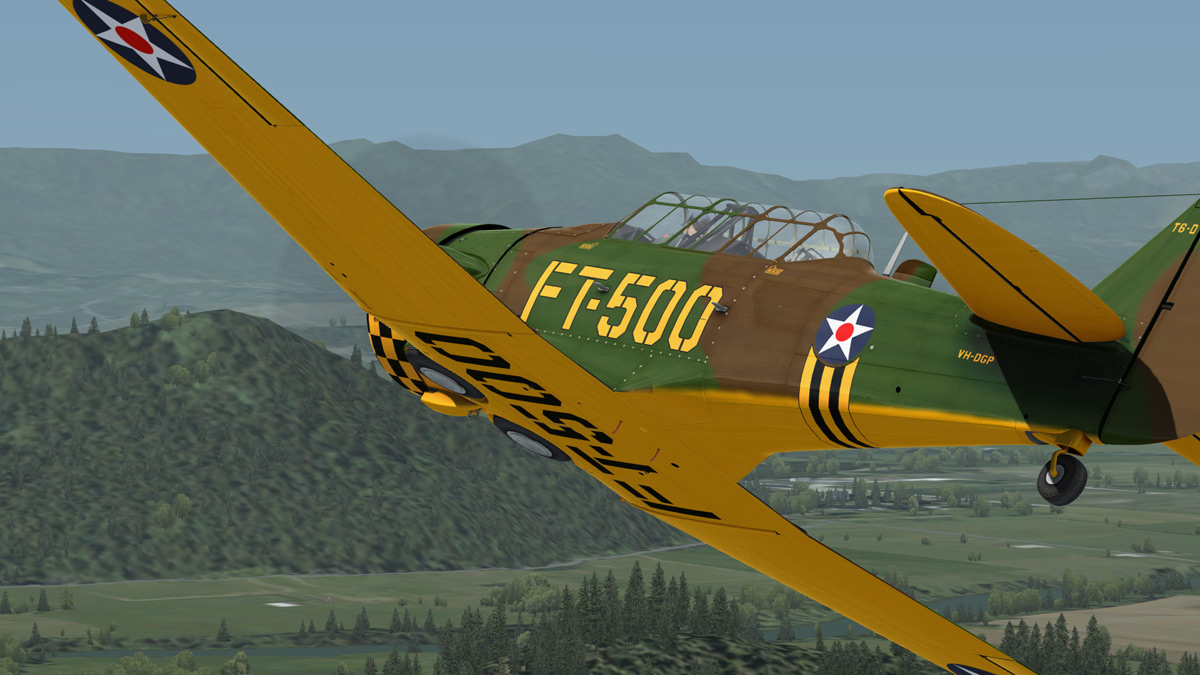 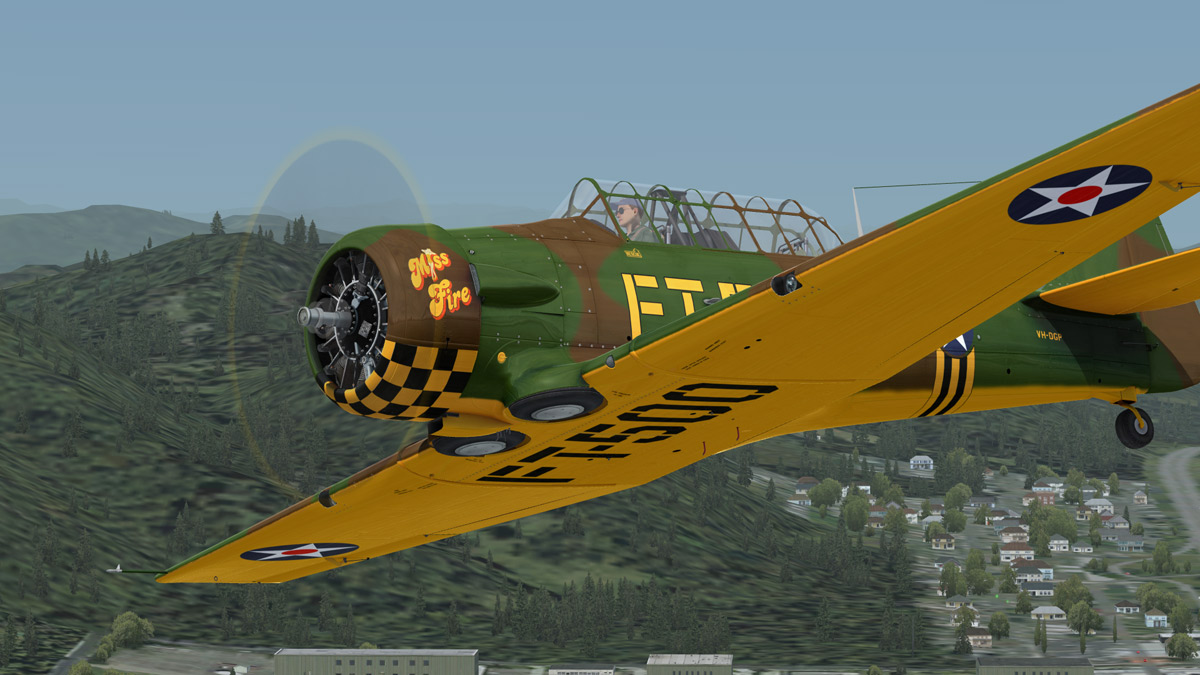 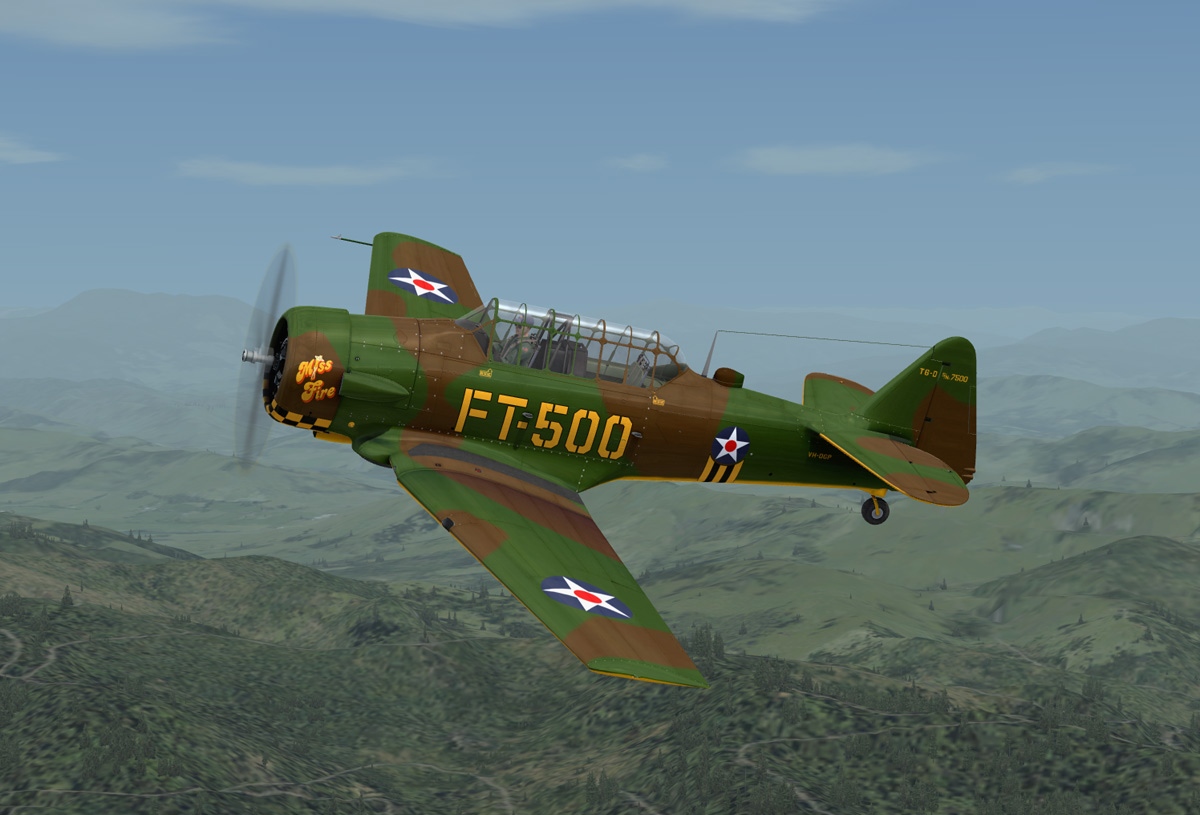 On AVSIM any time soon or MediaFire now...If you're not frit

Mango, Marius, and Ron...these last three paints are simply stunning. I don't have enough free time to enjoy the amazing paints that the T-6 has bred.

The link didn't show the repaint