This is the place where we can all meet and speak about whatever is on the mind.
new reply
24 posts

Vaya Con Dios Vlado and Bethany.
"The knack of flying is learning how to throw yourself at the ground and miss." - Douglas Adams 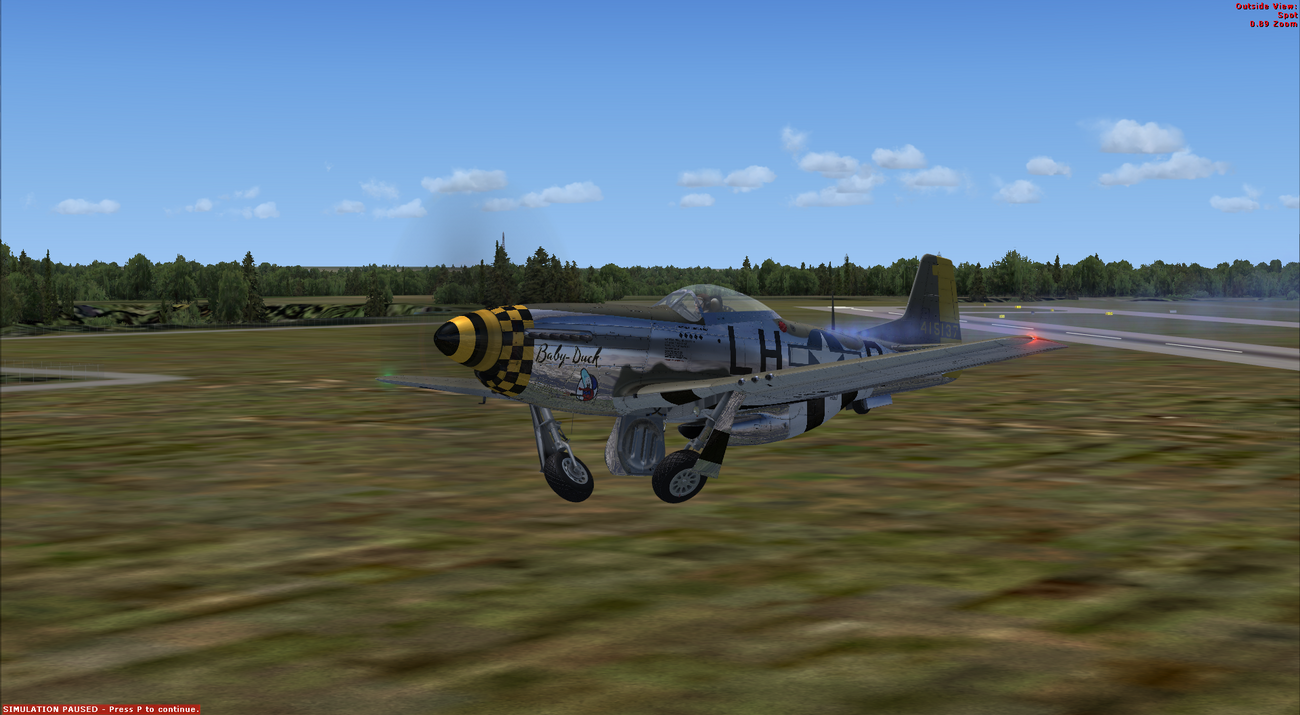 What a tragedy...
R.I.P. Vlado and Bethany

Aside from the love for flying them, Vlado Lenoch was a true Mustang enthusiast, and he loved to learn and share in the details and history of the aircraft (the running joke with Vlado was that he was the Mustang gear door inspector, keeping an eye out for any Mustang owner/operator that had anything other than silver landing gear doors (which is how they were originally from the factory)). This year marked his 29th year of flying Mustangs, and just a few weeks ago he had reached the mark of having flown 55 different Mustangs to-date (having recently added "Sierra Sue II" and the "Vintage Wings of Canada" Mustang to his log book). He was part of the original Four Horsemen Mustang aerobatic team, had been a USAF Heritage Flight pilot since the very start of the program, and has been the one to sign-off on many a warbird pilot's certificates, both for piloting and display flying. As I have stated elsewhere, his was perhaps the last name I would have ever thought I would hear such news of/concerning, and so much so that it is really quite scary - they don't make warbird/Mustang pilots better than Vlado Lenoch.

We've been on a terrible five-year cycle - having lost Bob Odegaard 5 years ago, Gerry Beck 10 years ago, Joe Tobul 15 years ago, and Jeff Ehtell 20 years ago.
John Terrell
Top

Man, gutted to read this. I heard about the crash a while ago, but didn't realise it was Vlado. My thoughts go out to his friends and family. His help with the developing the A2A p-51 is greatly appreciated. To this day, it's still my favourite plane to fly in a sim.

CAPFlyer wrote:Vlado is probably the only reason I can go to an airshow and watch a zero-floor performance today. After witnessing Jim LeRoy's crash in 2007 up close (it happened almost directly in front of me and I was on the fence line).

You must not have been far from me. I was on the fence line at the corner by taxiway M. What a sad day, and an unfortunate wake-up call for the organizers who did not have the equipment in place for an immediate response (though it would not have changed the outcome.).

I honestly can't say for sure whether I've seen Mr. Lenoch fly in person, but it is always unfortunate to hear such news. Thoughts go out to his family and that of the young lady. Fair skies and tailwinds.
Top

Vlado was almost directly behind you actually. He had just landed after doing the Heritage Flight with Moonbeam, an F-16 from the OH ANG, and one of the F-4 ATARS aircraft. He didn't see the crash itself, but they ended up shutting down where they were to allow the response to happen.

Also, response was in place and got to the scene quickly. The problem was that the medivac helo had been called away to another call and wasn't on site, hence why they ended up using the ANG helo which happened to be on display.

The fire truck that normally sat on Mike, and could have immediately responded, was not there. Also the ANG medivac was airborn just behind me and requesting to cross to the scene but was initially denied clearance (I was listening on my scanner to the chatter). While the actual response time wasn't what would normally be considered excessive, it could have been much faster. Again, I doubt the outcome would have been any different. But I vividly recall the frustration and anxiety of the delay.

I will have to go back through my pictures from that show as I am sure I snapped a couple of shots of Vlado taxiing by. Never realized it was him.
Top

I've been very saddened by this. Both great people. Condolences to their families. Wish I had more to say, but I'm still at a loss for words.