This is the place where we can all meet and speak about whatever is on the mind.
new reply
72 posts

We have some amazing works in the A2A hangers and we thought it about time to show you a couple of snippets of the projects getting closer for you guys to enjoy. We are very proud of some of the all new features we are including in these aircraft. Once again with access to flyable aircraft today, original pilots manuals, training videos and more we have really tried to push our technology further and deeper than ever,...

Achieveing a depth of simulation never seen before in MSFS we have found ourselves rediscovering these beautiful aircraft and really want to give our customers the same experience. Did you know for example just how much of a handful the P-40 was to fly, and just how manual all of the systems were when compared to say the Mustang?

Its really great that you guys can re-create these great planes. You bring history back to life. 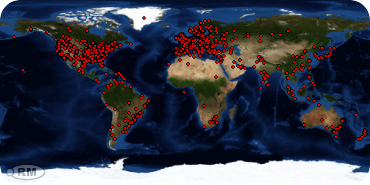 Cross your eyes for a 3-D effect.

I can hardly wait; these are fantastic warbirds. You guys are doing a great job in their development and bringing them back to life for everyone. Thank you.
Lee

Amazing! I finally learned why a P-51's gear fairings work the way they do, and why they always shut them down with flaps extended. I am getting so psyched for these releases!

Quick question: I notice in the video you make a point of showing the Spitfire Mk Ia landing gear being raised one at a time with the new hydraulic system... will this be incorporated with the next Accu-sim core update?

Aren't those jacks the coolest thing? ThatÃ¯Â»Â¿ will indeed make our annual inspections that much more realistic! I can't wait to try out killing my hydraulic system

Another reason for lowering those flaps is because the make a very convenient slide for disembarking the aircraft. I know, I do it all the time on with the mustang at the Dixie Wing of the Commemorative Air Force (As I am a volunteer there).
Top

trekkieguy34 wrote:Another reason for lowering those flaps is because the make a very convenient slide for disembarking the aircraft. I know, I do it all the time on with the mustang at the Dixie Wing of the Commemorative Air Force (As I am a volunteer there).

Like in the Cessna 400 (Corvallis TT), Van's RV aircraft and others, the flaps are down because, as is the case in the Mustang, they are not designed to be walked on. In a plane like a Bonanza or a Baron, you walk on the flap to get into the plane, but some aircraft aren't built with reinforced flaps, so you put them down to ensure you do not step on them, or if you do, you don't apply much weight that could damage the flap.
Top

Shortly before I called my girlfriend this evening, I noticed the new video. I made a point of telling her, "Just so you know, I was really good and called you first before watching this new video from A2A." The call didn't last as long as usual. The point being, your planes are so fantastic I sometimes ignore my own girlfriend

Keep up the good work, everything is looking great!
All the best - flyboy4612
CFI
Top

wow, you guys are impressing me again and again

thank you for the update.

BTW: I think your P51 isn't polished or shiny egough in my oppinion. It should somehow look like polished metal.
Top

Very nice video. One question: What is the reason that you dont put the mixture at rich for startup at these warbirds? What will go wrong if I do it? Danger of flooding the engine?
Best Regards,
Ralf

Users browsing this forum: No registered users and 12 guests