FlightChops which is a canadian based T6 Flier, in his youtube featured a diffrent control stick from yours and some wacky looking exhaust pipe attachment. Could be cool to have here. Plus a Canadian yellow airforce variant.

That airplane is not a T-6, it's a Harvard Mk IV. The Mk IV was similar to the US Air Force remanufactured T-6G Texan, but it was newly manufactured in Canada by Canadian Car & Foundry (CCF) in Fort William (now Thunder Bay), Ontario. They built 555 airplanes in the late 40s/early 50s. They built in a few improvements including a manual hydraulic pump and a new and improved (sort of...

) cockpit heater, which is the addition to the exhaust stack you're looking at. There are lots of RCAF liveries around for the A2A T-6 on the forum and here on this forum as well. Here are the Harvard liveries for the two that I used to fly, on the A2A T-6. 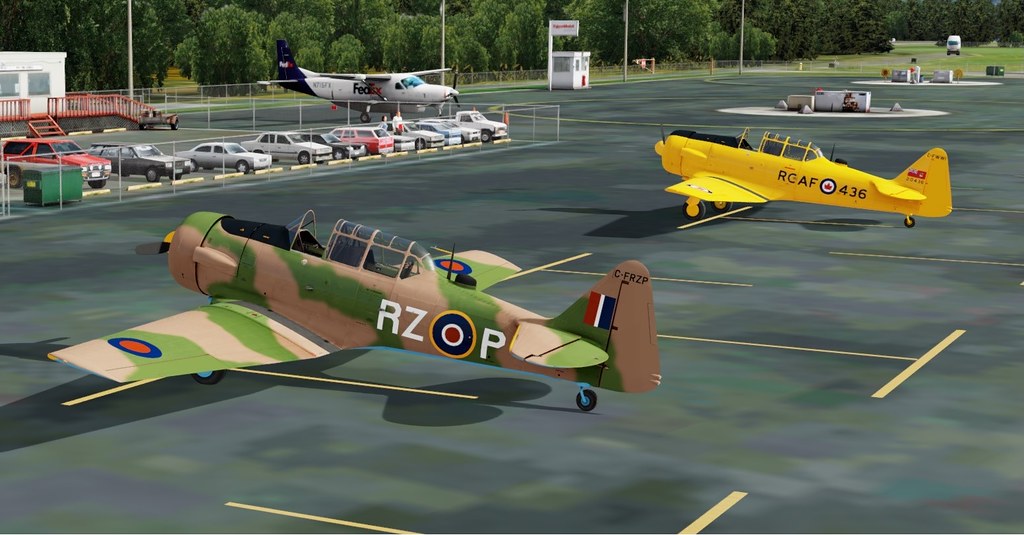 I found it all very interesting. But I wasn't aware of these variants and their identical (almost) to the T6.