This is the place where we can all meet and speak about whatever is on the mind.
Locked
1 post • Page 1 of 1

FSXÃ¢â‚¬â„¢s future has traditionally been a hot topic of discussion on the pubic forums. I just wanted to share that, we as developers read things on discussion forums that have many times not matched our own observations. We do occasionally exchange internal data with our trusted commercial partners and felt it necessary to share some of this inside information about A2A Simulations with our customers, just so you can hear it straight from the source. Many have made considerable investments in their flight simulation and deserve to have reliable information.

Some facts regarding FSX and A2A:

Ã¢â‚¬Â¢ Over the past five years, every new year, sales have surpassed the prior year
Ã¢â‚¬Â¢ The past six months sales have been the strongest ever
Ã¢â‚¬Â¢ A2A has 24+ months of projects currently in development for
Ã¢â‚¬Â¢ Since Accu-Sim technology works outside the main platform (FSX or P3D), it is 100% capable and functional for both platforms

We started hearing talk over five years ago about the doom and gloom of flight simulation (which all along we publicly disputed) while we watched it grow every year thereafter. The Flight Simulator X development community has been at the heart of this growth.

From our point of view, as a developer, the best thing about developing with both Accu-Sim and FSX is weÃ¢â‚¬â„¢re able to pretty much accomplish most of what we set out to do. WeÃ¢â‚¬â„¢re working at over an 80% efficiency rate with FSX, and that is high. This means we spend 80% of our time just doing, and the other 20% is basic overhead and unexpected issue that goes along with any kind of new software development. This is critical because we can invest with confidence because it is not uncommon for this 80/20 ratio to be reversed in other software development, and itÃ¢â‚¬â„¢s this high efficiency that has allowed 3rd party developers to thrive. They spend most of their time being productive and not pulling their hair out. This comes from the millions of development dollars Microsoft poured into their Flight Simulator Series.

Another advantage to FSX is that the core does not change. While some were in a panic when Microsoft stopped actively developing, we and other developers were thinking, Ã¢â‚¬Å“hm, isn't this actually a good thing?Ã¢â‚¬Â It turned out to be true as numbers donÃ¢â‚¬â„¢t lie, and many years later, they just keep coming. This comes thanks to FSXÃ¢â‚¬â„¢s open architecture (SimConnect) that has allowed not just Accu-Sim to flourish, but all 3rd party developers.

Furthermore, this success has spilled over to commercial flight simulations, and this year A2A will have a booth at the Air Venture International Fly-in at Oshkosh, in coordination with our commercial partners and sponsors. This includes Saitek that always has a popular booth and uses FSX as their Ã¢â‚¬Å“leadÃ¢â‚¬Â platform. Just because you are a pilot or aviation professional doesnÃ¢â‚¬â„¢t mean you canÃ¢â‚¬â„¢t or shouldn't enjoy flying Microsoft Flight Simulator X.

HereÃ¢â‚¬â„¢s a shot of Froogle from Frooglesim, Monty from Saitek, Jake, my brother, and me at the Saitek booth at this years Sun Ã¢â‚¬Ëœn Fun: 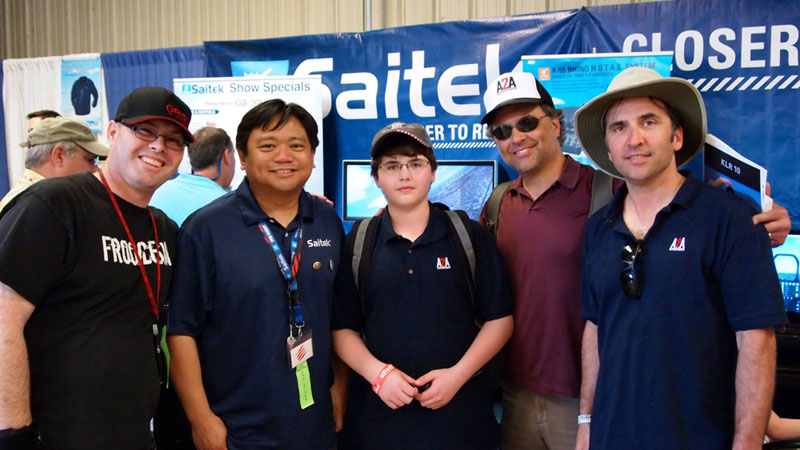 Also a shot of SaitekÃ¢â‚¬â„¢s always busy booth, next to another A2A partner, Camguard: 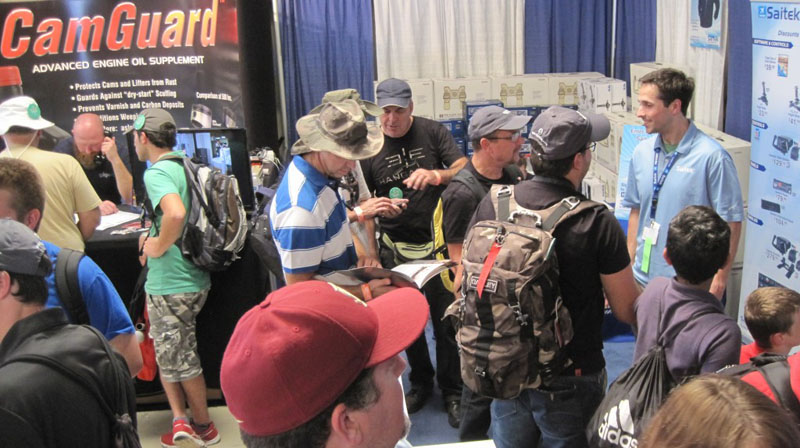 A2A powers the Redbird Flying Cup Challenge at Sun 'n Fun and also at this year's Air Venture at Oshkosh: 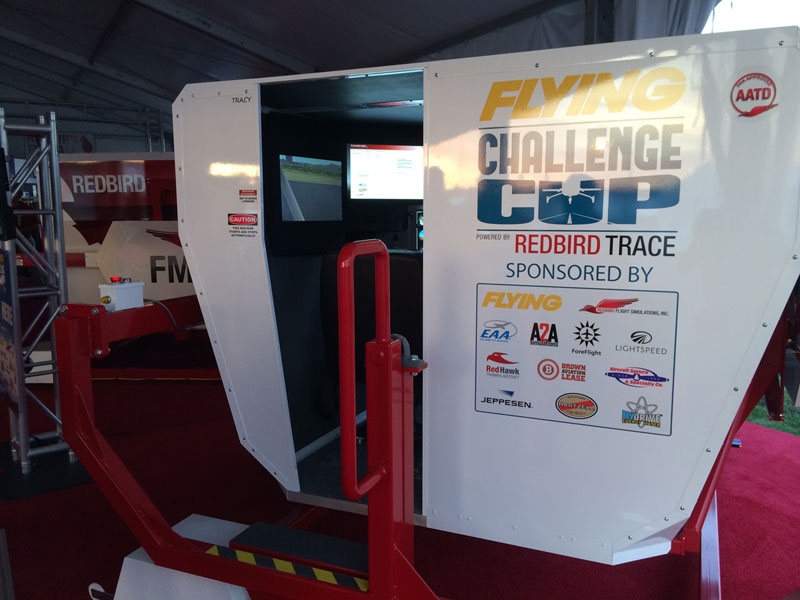 So as long as we continue to see growth in our technology and the community, we will keep developing. I hope this helps many in the FSX community understand a bit more why FSX continues to be so popular. FSX users should not feel the need to move, upgrade, etc. - just enjoy riding the longest wave in flight sim history.

As always, we value any comments so feel free to discuss this or any interesting aviation topic in our PilotÃ¢â‚¬â„¢s Lounge.

Users browsing this forum: No registered users and 22 guests